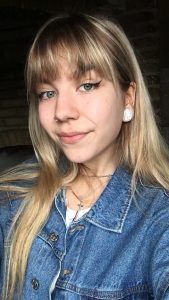 MY EXCHANGE IN THE NETHERLANDS AT FRIESLAND COLLEGE/MENTORPROGRAMMA FRIESLAND

My name is Ronja and I am from Finland. I study business and administration in Turku Vocational Institute as a second-year student. I turned 18 years old a one week before my exchange period started here in Leeuwarden. My internship is 5 weeks long and I work at Mentorprogramma Friesland (Friesland College is one of the partners). I am leaving back to Finland on next Friday, 19th of April.

These few weeks have gone like in a flash! I have really enjoyed my time in this city and at my work place. Even though at the beginning I had a little bit hard times because of homesickness. But now, when I’m used to this place and I’ve had so much fun, I know that I’m going to miss this place too.

At the office I have noticed that every day is a bit different. We do a lot of things together and the team spirit is pretty good here. My tasks have involved a lot of different stuff. For example, designing posters, spreading them in school’s walls, searching information about possible co-operation companies and about mentoring companies in Finland, participating in meetings, events and workshops… A lot of stuff. I’ve also had the possibility to decide by myself what I want to do. During my last weeks here, I also visited the office which looks after the administration things of Mentorprogramma Friesland. The office worker told us about the policies in bookkeeping in the Netherlands. Bookkeeping also belongs to my studies so it was an important experience when it comes to education.

When I think things more on personal side, this exchange has given me a lot. I have learned so many important skills which I’m really going to need in the future. I think that the biggest thing is that I’ve gained so much confidence when it comes to communicating with people and speaking English. When I first came to Netherlands, my biggest fear and obstacle was speaking English. But as the days pass by I have noticed that it’s not so hard at all. I have realized that the most important thing is to get yourself understood when you talk, because you have no other options than just try. As a second thing comes grammar and pronouncing things correctly. And the best way to learn languages is to speak!

I live in a student stay with my 3 roommates. In the building there is a lot of international students, so I have also made some friends outside of work, which is a very nice thing for me. I have spent my free time mostly with them.

I have also explored the country a little bit. On my ‘’last Sunday’’ we went to Burgum with my co-workers to watch this event when farmers let a bunch of cows out of barns and then all the cows are filled with joy because of spring. I heard that it’s a typical thing in the Netherlands, but it was totally a new thing for me. I also went to see Amsterdam during my time here and I just loved the city!

Much has been done during these 5 weeks. I have seen a lot of things, done a lot, learned a lot when it comes to education side but also much in general. Living alone has become more familiar to me. Also I have improved my English skills! I’ve had a unique opportunity to get to know awesome people and a whole new country and its habits, food and sightseeings. This has been a great experience and I recommend for everyone that if you have the possibility to come and study to the Netherlands, do it. This exchange was my first time in this country, but I’m sure it will not be the last time! 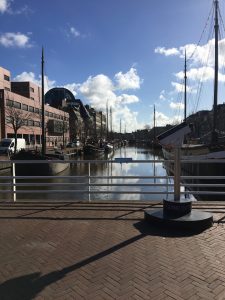 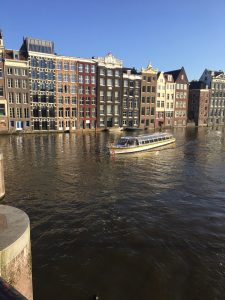